It's also important to pay attention to the steps as the GEDCOM file is being imported into GenDetective. There are very helpful videos on the GenDetective website for details. 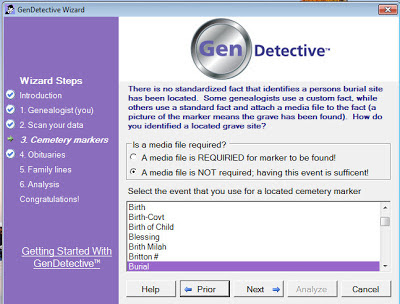 Should here be an Media File associated with the Burial Fact. Its a matter of changing the answer to the question: Is a media file required? 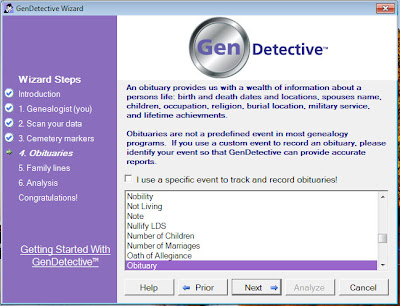 Another example is for an Obituary. I haven't used an Obituary Fact, up until now, in Family Tree Maker. BUT there is a question there "I use a specific event to track and record Obituaries?" So, if I had another Event that was equal to an Obituary Fact, I would specify what Fact that was.

Once the file has been initially imported into GenDetective, in the Analyzer application, after clicking on Exit Analyzer Wizard, you are taken to the next screen, where I selected Event Definitions. 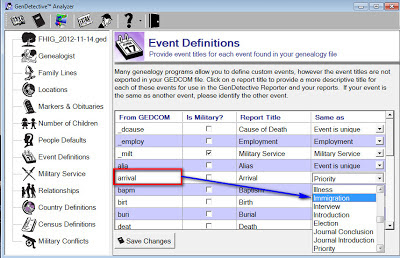 Since a Fact in Family Tree Maker is the same as an Event in GenDetective, I selected Arrival, and in the pull down menu on the Right, I selected Immigration. 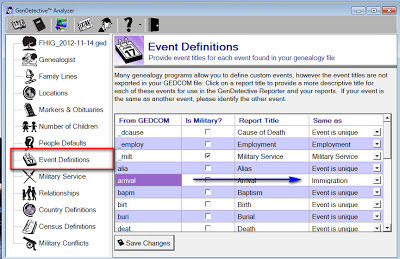 Now, when I go to the Research Progress report in GenDetective, I can clearly see that I have or don't have a record of immigration.