Paying attention to the Details, pays off

One  of the things I try to pay attention to is the dates when a Historical Place Name changes.

In my ToDo list, I have a list of States that are in the current database listing when they became a state and what the area was called before it became a state. But, that was just for me, in my FTM2014 file.

I have this file sync'ed to an Ancestry Member Tree. I use that tree for managing my Shaky Leaf hints. Well it payed off, in a way that I hadn't expected.

I had Samuel in the 1860 Federal Census. I knew when Kansas become a State. In 1860, the locate was in the Kansas Territory. I then found is Civil War Registration as living at the same place, but the registration date was in 1862. 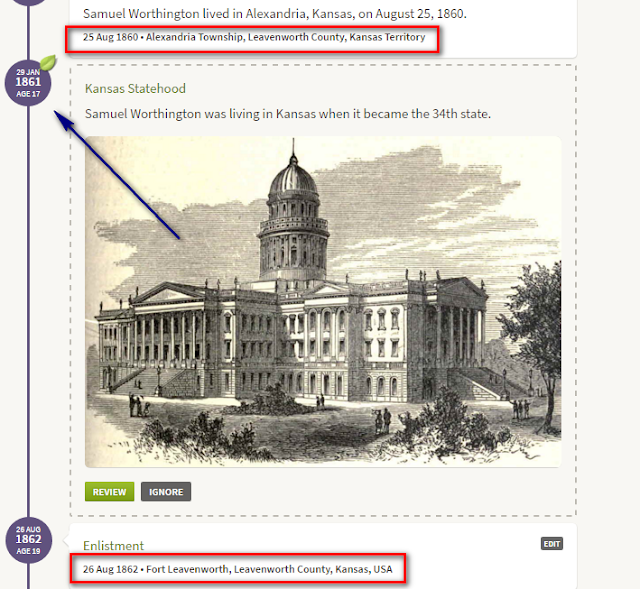 When I looked at the tree on Ancestry.com, in his time line was this entry. Earlier in 1862, Kansas became a State.

This one entry is a pay off, for me at least, for paying attention to those details, and have that information in my database very handy to look it up.