There was a question on the Ancestry.com Message Board about Family Tree Maker. It was about a Report to show what Census Records that the user might have missed.

It should be noted, that I record Census Records using the Residence Fact. What I did was to create a Custom Report (Publish Workspace, Person Collection, Custom Report)  and have three Items. Birth, Residence, and Death Facts.

In the Items to Include ICON (first ICON in the Right Hand Panel), those are the Facts Selected. For this report, the order of FACTs are Birth, Residence, and Death. For each Fact, I made sure that the "Include only preferred facts" was selected. 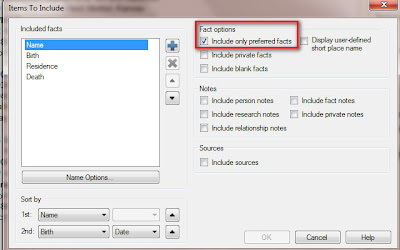 Each Fact was selected and that Facts OPTIONS were checked. The Exception is the Residence Fact, where the Preferred Only check mark was removed, as I want to see ALL Residence Facts. 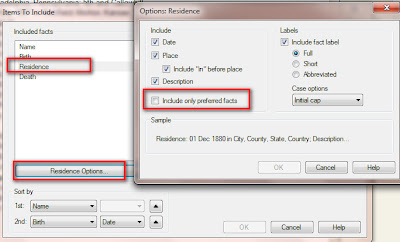 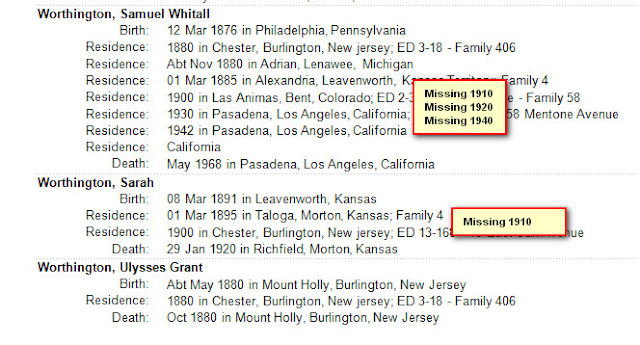