The Simplified Interface feature is only invoked if the user is upgrading to FTM 2012 directly from Verson 16 or prior.  If so, the interface is automatically adjusted to collapse the index panel and display a more prominent family panel similar to the V16 family view.
The People Workspace does not change the interface based on importing a file.  When FTM 2012 is installed, if it detects that the user is upgrading from FTM 2008-11, this feature is not invoked. 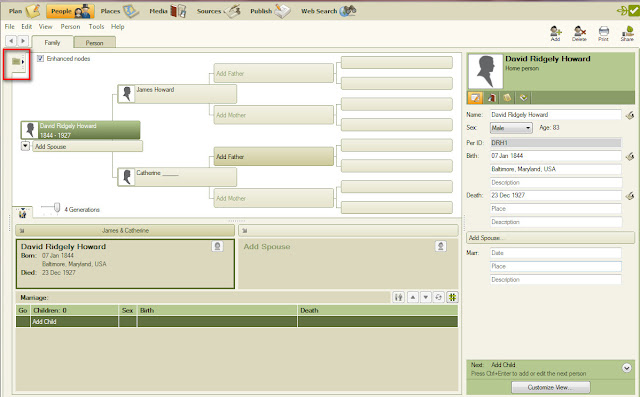 With Version 16, there was an Index of Individuals (F2) that was available. In FTM2012 that feature is made available on this screen by clicking on the right pointing ( => ) arrow where the Red box is, in the above screen. The new screen will look like this. 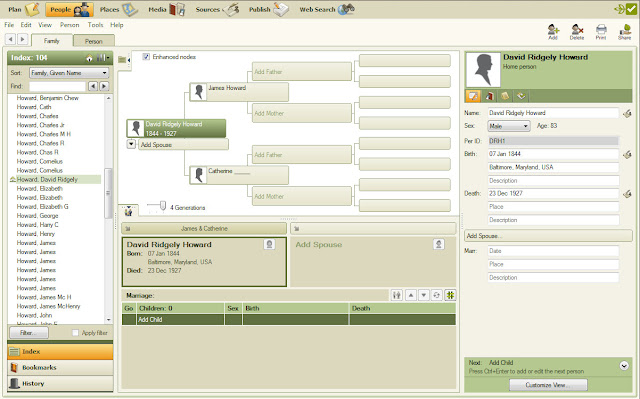 That Index can be collapsed but clicking on the Left Pointing arrow ( <== ), just to the left of the Enhanced check box.